“What did you know?”

“That there would be something like this. There are probably drugs inside. Opium!”

“Kid, you can buy opium and cocaine without any problem... Coca-Cola has cocaine in it after all, nothing’s wrong with that,” argued Adrien, who admittedly preferred coffee, but didn't mind a bottle of this fizzy drink. Steve nodded and Connor muttered something in reply.

Wright, being the oldest of all and possessing the greatest reserves of common sense, walked over to his truck. He spent a moment there, and when he returned he was holding a crowbar in his hand.

“This is the extra crate, yes?” he asked, but didn't wait for an answer. He crossed himself and thrust the crowbar between the boards, hit the flat end with his open palm, then pushed with all his weight until the wood burst open. The four petty criminals came at the open crate like vultures, greedily peering inside.

There, among the crumpled newspapers and hay, was absolutely nothing. At least this was the first impression. The youngster cursed and reached between the crumpled straw and newspaper with his trembling hand, rummaging through for a moment. Then he sprang back from the crate like a scalded man with a shriek on his pale, young face. Connor also backed away, unsure of what was happening. Steve, however, stepped closer and carefully slid his hand into the crate.

A moment later he cursed and made the sign of the cross with terror in his eyes. 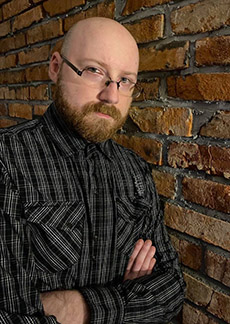